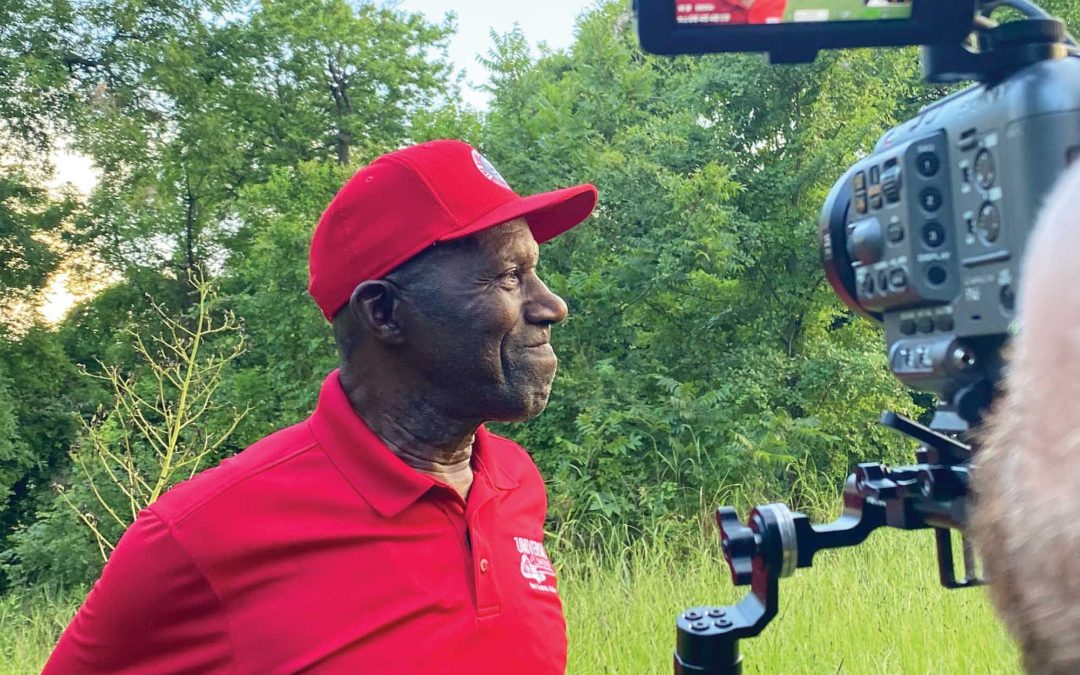 “American Plumber Stories gives people a behind-the-scenes look at the dedication and commitment these professionals put into everything that they do.”

A new generation is seeing the plumbing trades with new eyes. Now, in its third season, the wildly successful American Plumber Stories docuseries will highlight inspirational stories, told by plumbers whose lives were changed in phenomenal ways by the plumbing trade.

Season 1 entertained viewers with a look into the lives of ordinary plumbers and the sometimes extraordinary lifestyles they enjoyed as a result. Season 2 emphasized education in the trade and the opportunities this rewarding profession has to offer. Season 3 will concentrate on inspiring the next generation to take up the trade deemed “essential business,” and one that has been in the spotlight more than ever since 2020. The first two seasons have garnered millions of views in just over a year.

For those new to the series, American Plumber Stories promotes the plumbing trade to the next generation of professionals. The show highlights the stories of plumbers around the nation including how they got started in the plumbing trade and the passion they have for their profession. These stories show how they built a career that allows them to lead financially rewarding and fulfilling lives.

Over the past 2 years, the docuseries has built up a large following in the plumbing industry of those who passionately support the mission that Pfister Faucets, the creator of the docuseries, is pursuing. From plumbing businesses, plumbing product manufacturers to industry associations, many have been inspired to join forces to turn American Plumber Stories into the movement it has become today.

Leading plumbing tool manufacturer, RIDGID, has partnered with Pfister Faucets to distribute American Plumber Stories episodes on its high-reach social media platforms and helps promote the docuseries at its trade show booths across the country. “American Plumber Stories gives people a behind-the-scenes look at the dedication and commitment these professionals put into everything that they do. It also puts a spotlight on the challenge of finding the next generation of plumbers, and that’s a story RIDGID has always been passionate about,” said Becky Brotherton, Director of Engagement Marketing, RIDGID for Emerson.

The Plumbing-Heating-Cooling Contractors — National Association (PHCC), the premier trade organization for plumbing and HVAC professionals, has teamed up with American Plumber Stories and supports its message on a national level to its members, as well as in state and local chapters throughout the country. “We are delighted to support this important initiative to raise awareness of the rewarding careers in the industry,” said Joel Long, President – PHCC National Association. “The real-life stories shared by the people spotlighted on the series — including several PHCC members — are an inspiration not just for those considering a career in the trades, but also for all of us who have chosen this path and never regretted it. We look forward to Season 3, when PHCC member company Hiller Plumbing, Heating, Cooling & Electrical will be one of the featured guests.”

Mechanical Hub, the largest independent plumbing-focused online resource platform, is collaborating with Pfister Faucets to distribute American Plumber Stories episodes through its media platforms to over 600,000 social media followers. Plumbers who are featured in the episodes will also appear in a series of podcasts that go into more depth about each of the inspiring stories in Season 3.

Perhaps the most visible partner of APS is the presence, front and center in each episode of multi-faceted entertainer, Craig Morgan. The country music icon is a TV personality (Beyond the Edge on CBS and others), celebrated outdoorsman, member of the Grand Ole Opry and Army veteran. Morgan has charted more than 25 songs on Billboard Top 100. In September, Craig released his new memoir — God, Family, Country and his God, Family, Country (Deluxe Edition) album is due out on Veteran’s Day.

Prior to becoming a country music star and TV sensation, Morgan spent seventeen years serving our country in the Army and Army Reserves. Morgan remains an avid supporter of America’s military personnel and has made more than 16 overseas trips to perform for our troops. He is a member of the U.S. Field Artillery Hall of Fame and recipient of the USO Merit Award. In 2018, Morgan was awarded the Army’s Outstanding Civilian Service Medal, one of the highest awards the Department of the Army can bestow upon a civilian, in recognition of his significant dedication to our military men and women around the world. 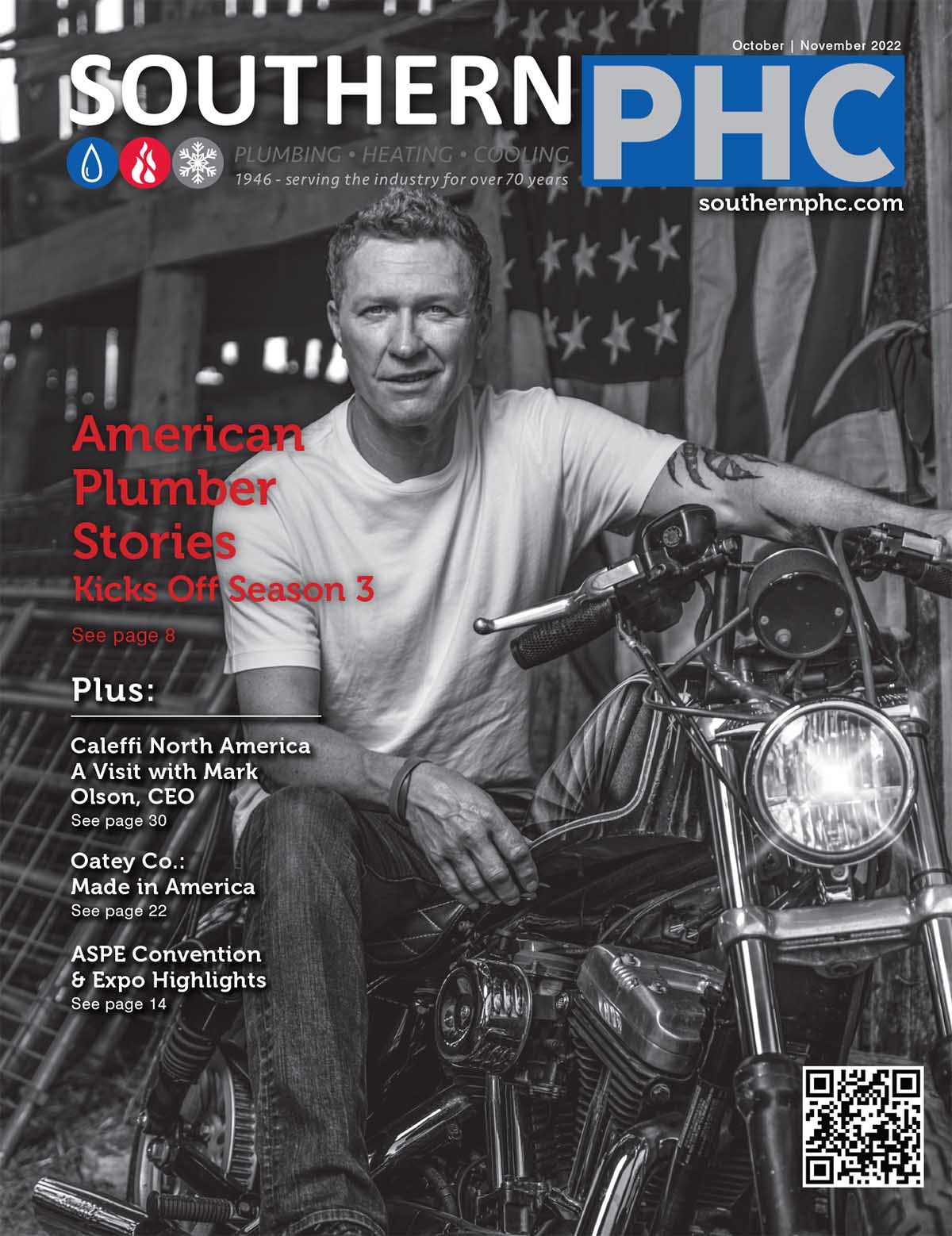 The cover story of the October-November 2022 issue of Southern PHC Magazine featured American Plumber Stories and took a behind the scenes look at Season 3.

View the print edition of Southern PHC Magazine online, or subscribe to have it delivered right to your door. 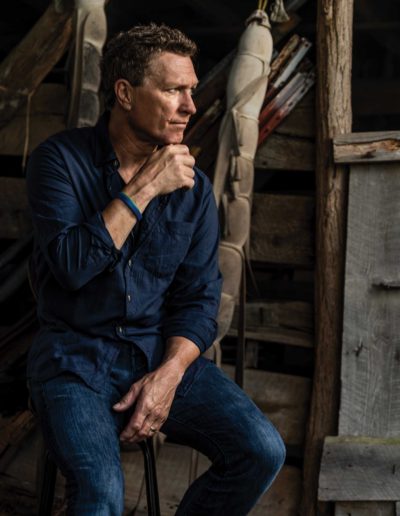 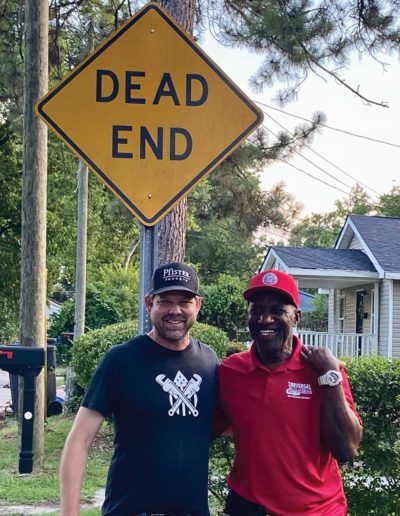 “Dead End”: Spencer Brown with Larry Jones on the dead end road that Larry grew up on. This sign was Larry’s motivation to become a successful plumber. It is also the title of Episode 1 in Season 3. 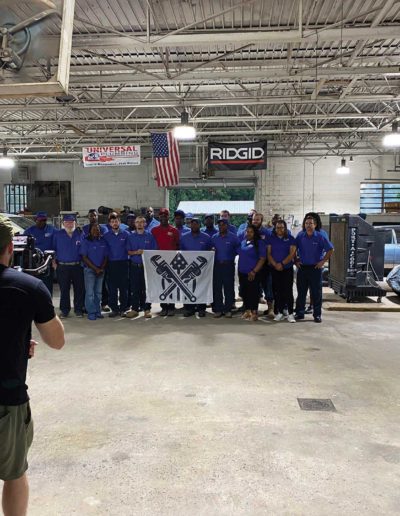 The entire crew of Universal Plumbing (founded by Larry Jones) in a closing shot of Episode 1. 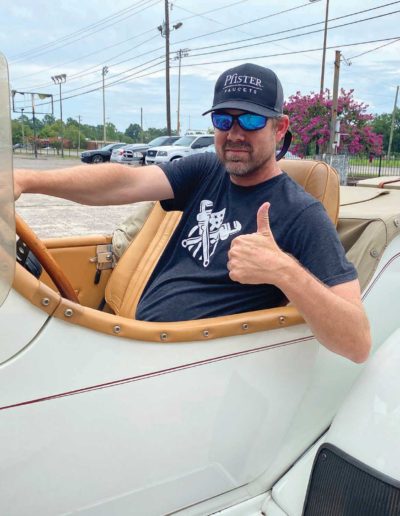 Executive Producer Spencer Brown, in one of Larry Jones’ cars during the filming of Season 3, Episode 1. 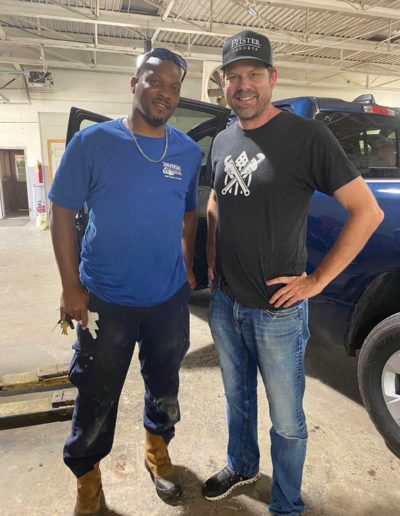 Nick Jones, Larry’s son, and Spencer Brown. Nick is a plumbing technician working for his dad at Universal Plumbing in Augusta, GA. 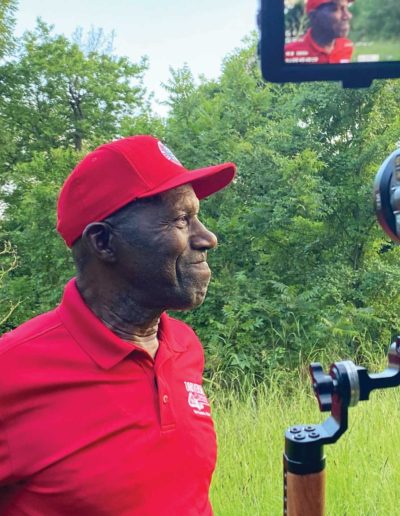 In episode 1 veteran plumber Larry Jones tells his inspiring story of how plumbing pulled him and his family out of generational poverty and afforded him a lifestyle he would have never dreamed of. Now he and his niece, Shalanda Morris (a Harvard grad), are showing the next generation the way to fulfill their American Dream. 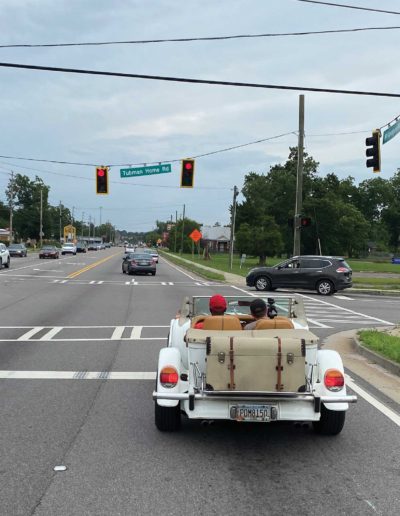 Larry Jones drives away in one of his specialty cars during the filming of Season 3, Episode 1