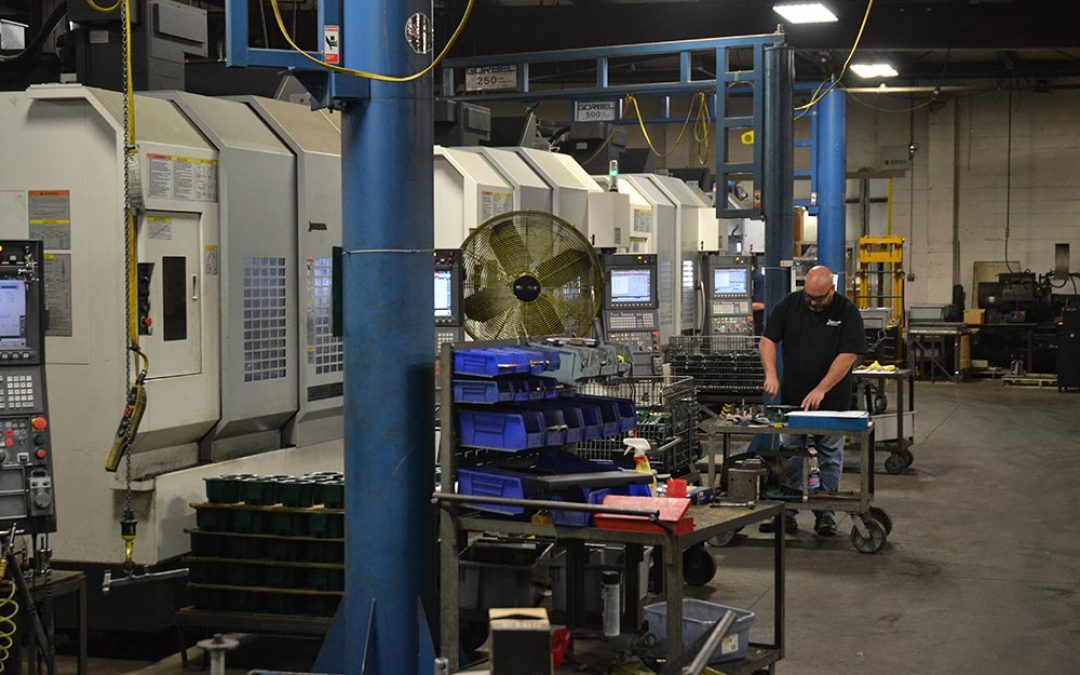 Zoeller has kept quality as a core value for 80 years

For 80 years—since August “Pop” Zoeller started the company in 1939— the Zoeller Company has been manufacturing submersible pumps. What started in “Pop” Zoeller’s base- ment, where he designed and built pedestal sump pumps, now encompasses several divisions that follow the cycle of life of water.

“The whole idea is to be able to take the water out of the ground and utilize it, move it around, clean it up, and put it back in the ground,” says Zoeller’s John Enyard.

That’s made possible through the products and components made by the Zoeller companies. Three of them are housed in the Louisville, Ky., facility: Zoeller Pump Company, Zoeller Engineered Products, and Clarus Environmental. Others in the Zoeller family of companies are Flint & Walling, Kendallville, Ind.; Wolf Pump, Abernathy, Texas; Lincoln Industries, Boonville, Ind.; and Tul- sar Canada, Toronto.

When Southern PHC visited Zoeller in Louisville, two new buildings were under construction on their campus to help accommodate their growing business.

“Our core values are customer service, quality, innovation, integrity,” says Bill Zoeller, president. “Those have been passed down from generation to generation, and the people in this building live those every day. It’s part of our culture and that allows us to keep doing what we need to do and grow in the way that we’ve been growing.”

Zoeller has been a family owned company since its founding. Bill’s father, John, is CEO of the company. “When we say ‘family owned, American proud,’ we mean it, and we’re trying to continue that legacy that was given to us and be good stewards of it,” says Bill.

Thousands of pumps are built in the Louiisville facility every day. There are approximately 425 employees, with 150 of those in the office and 275 in manufacturing.

Taking care of their employees also means helping them work safely and efficiently. The company employs an occupational therapist, who tours the manufacturing floor daily, identifying places where employ- ees’ tasks could be made more comfortable.

“John Zoeller’s idea is that anybody who works here should be able to re- tire in good health,” says Enyard. “We should make sure that happens, and we’re trying to do that.”

Zoeller warranties its pumps, ac- cording to model, for one, three, or five years. Any pumps that are returned to Zoeller are thoroughly checked. Each Thursday, personnel from other departments—including product support, engineering, manufacturing—all make special inspections of the returned products.

“We do that every week to make sure we’re current with what’s going on in the field,” says Enyard. “Having representatives from different departments, they’re seeing it with different eyes. Engineering sees it from the way it was designed. Quality assurance is making sure it’s the way it’s supposed to be. Product sup- port may have gotten a phone call that they didn’t understand [the problem], and they’ll see what that person was talking about.”

The quality of Zoeller’s products is assured layer by layer. “We do incoming inspection, we do in-process inspection, we do inspection rounds on the floor,” says Enyard. “Every opera- tor is responsible for their own quality. They’re given gauges in order to gauge that properly.”

An inspector makes rounds twice a day to check products and inspect for quality. And every pump manufactured is tested underwater for performance. “Even though we’ve tested them all, we have an audit to make sure it’s working all the way across the curve,” Enyard adds.

Even if there’s a special rush or- derparticularly with their Engineered Products, which are built to order—that needs to ship the same day, it’s inspected and tested before it leaves the factory.

“Even though we’ve inspected it, and we’ve inspected all along the lines and we’ve done in-process inspections and we tested at the end of the lines, we still want one more look at it,” says Enyard. “We’re checking to make sure the labels are on right, the correct packing, the right instructions. This is our last chance to do this right before the customer gets it. We want that one more time to make sure everything is what we say it is be- fore it goes out the door.”

“All pumps manufactured here are submersed in water and tested for their performance. We do quality checks on the material and the parts and the re- checks and so forth,” says Mark Huntebrinker, Director of Sales and Marketing. “Our goal is for that product to be the best it possibly can be when the customer pulls it out of the box.” And with the immediacy of social media, getting products right is important.

Quality control continues even after shipping. Pallets are shipped with green-tinted shrink wrap. “The reason for that is, we tell all the truck lines, don’t break down our load. If a customer gets a load and thinks he’s missing something or something is bro- ken, we ask what color the wrap is. If it’s clear, that means the truck line put it on there; nobody uses green but us. So that’s kind of a first indicator,” says Enyard.

The 53 series is one of Zoeller’s most popular models, and Enyard says they keep an ample supply to take care of customers in extreme emergency events. But even for older pumps, parts are available. “We’ve been building pumps for 80 years,” says Enyard. “We send out parts for pumps going back in the ’60s and ’70s.” And those pumps have always been made in America.

“We’re dependent upon our supply chain to be American made,” says Bill Zoeller. “We make the product here in Louisville, Ky., but in order to stay American made, you have to have suppliers in the States as well. So that’s the challenge.” Zoeller has helped meet that challenge by bringing motor manufacturing back to the United States from Mexico at its Flint & Walling plant in Indiana.

Support after the sale

Zoeller’s product support specialists wear headsets and are able to move freely around their work area. Shelves on one side of the room hold samples of the company’s products; while talking to a customer, they can get up from their desk and walk over to look at the product in question, take it apart, and better assist the customer.

“They have their eyes on it and can touch it and understand it, so they can understand what’s going on with the customer,” says Enyard. “They’re not reading out of a manual that says, ‘Did you do this?’”

Several of Zoeller’s product sup- port specialists previously worked in the manufacturing facility, and use that experience to the customers’ advantage. “They bring that knowledge from the plant and I love that,” says Enyard. “There’s nothing better than that.”

From manufacturing to support after the sale, making—and keeping—the customer happy is the main focus at Zoeller. Enyard recalls, “Bob Zoeller [Bill Zoeller’s grandfather] used to say, ‘The customer is not always right, but the customer is al- ways the customer.’”

Louisville, Ky., owes a debt of gratitude to Bill Zoeller’s great-grandmother. Bill, president of Zoeller Pump Company, says that his great-grandparents had moved from Louisville to northern Ohio so his great-grandfather, August “Pops” Zoeller, could find work. Which he did, as a tool and die maker.

“After about 18 months, my great-grandmother had had enough of being away from her sisters and she said, ‘I’m moving back to Louisville. Come with me if you want,’” says Bill. “So he made the wise decision to come back home.” Using his skills as a tool and die maker, “Pops” Zoeller built a column pump in his basement, and in 1939, Zoeller Pump Company was born.

“If you think where we began and where we are today, it’s just awesome,” Bill says. “This company started in my great-grandparents’ house. The growth that we’ve had, the number of lives we’ve been able to enhance, whether it’s our reps and their businesses, our wholesalers and their businesses, our employees, our community. You [have] to take a step back and understand it’s a real good feeling.”

The Zoeller company remained in the Zoellers’ house for about 15 years before moving to its current location on Cane Run Road in Louisville in 1952. Bill’s grandfather, Bob, joined the company around 1944. “My grandfather, back in the ’60s, loaded up a station wagon full of pumps and he went out and would go and meet with [distributors] and say, ‘Give us a chance,’” says Bill. “We like to maintain that personal relationship the best that we can. That’s my responsibility, to continue that legacy and maintain those relationships. Our reps do a great job with that. Our sales staff does a great job of that as well.”

With its headquarters still in Louisville, the company is celebrating 80 years of business. “Today, I’m one of four from the fourth generation that works in the business, along with my father, John Zoeller, who’s the CEO,” says Bill. “Right now we have five family members in the business. And the goal is to keep it around for another 80 years.”