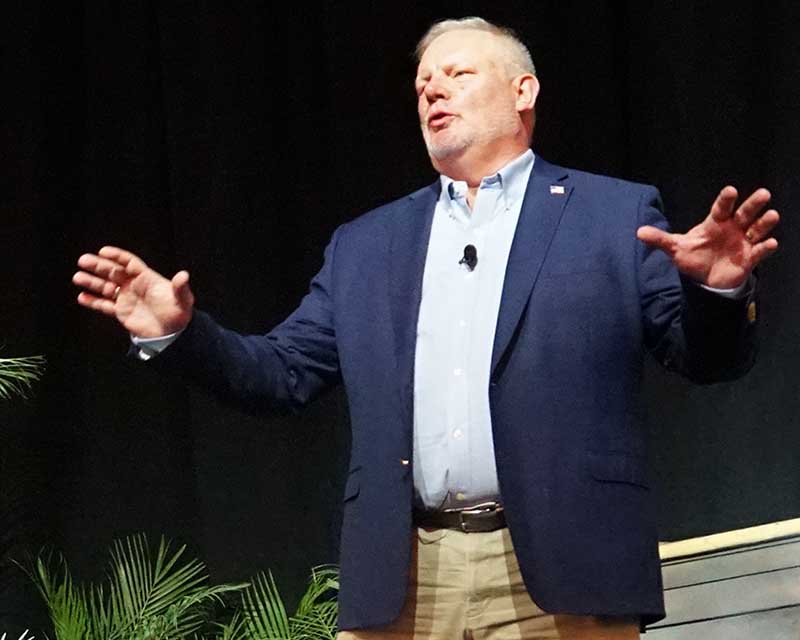 Matt Michel, CEO and David Heimer, COO, co-founders of Service Roundtable, announced at Service World Expo on October 18, 2022 that they would both be stepping down.

Matt Michel, CEO and David Heimer, COO, co-founders of Service Roundtable, announced at Service World Expo on October 18, 2022 that they would both be stepping down from their positions with the organization, since expanded to Service Nation, at the end of 2022. Heimer and Michel will step aside and leave the leadership of the company to Tom Peregrino, and the other highly capable staff at Service Nation.

The announcement was made by both executives just prior to the Keynote Presentation by Tim Tebow in the Tampa Convention Center.

Southern PHC Magazine, was covering the event as Michel took the group on a recap of the journey of Service Roundtable – how it came to fruition, its importance in the industry and what comes next. Michel and Heimer recognized key staff members that they assured the audience are ready and able to keep the organization moving forward and growing in their absence.

Michel and Heimer took the group back to the time 20 years ago, September 12, 2002, when at another conference and show, they launched the Service Roundtable, which today has grown to become the world’s largest contractor business alliance.

Milestones were mentioned including the many successes throughout the years from branding programs and others that have set Service Roundtable apart and left a lasting impact on the industry.

Continuing the story of growth and how they arrived at success; “Our founders and investors were the usual three Fs:  family, friends, and fools,” said Heimer. “But they were also California angel investors.  Primarily our investors were ‘smart money.’ They are stalwarts of the industry, who saw Service Nation as an opportunity to give back.  They were patient, but after 15 years, they were looking for a return, so we began the process of looking for a buyer.”

Michel added details that are not often shared with audiences. “With a compound annual growth rate of 39.5% over 15 years, the company was attractive. More than 60 companies expressed interest in us.  With our investment bank, we narrowed it to four finalists and chose PaySimple, which became EverCommerce because of the fit, culture, and financial strength. So, five years ago, we sold the business but have continued on with the organization.”

Achievements were touted not only regarding revenue but as being a guiding light for industry. “Our mission has always been to help contractors improve their business and financial performance, leading to a profitable exit strategy,” said Michel. “One of the things we are most proud of is how our members have consistently outpaced the industry growth rate. And, when all is said and done, our founding investors will have received a return of nearly five thousand percent.”

Challenges and What’s Next

“One of our most challenging periods was shepherding contractors through the pandemic,” said Heimer. “In early 2020, ours was the lone voice of optimism stressing the growth opportunities for residential contractors. Not only were we optimistic…we were right.”  Michel added, “The company emerged from that dark period and now our work is done.”

The company will be led by Tom Peregrino, a contractor who joined the Service Nation Alliance, became Contractor of the Year, sold his business, joined Service Nation, and built the Alliance Premier program.

Jim Hinshaw, who is known throughout the industry for his many roles as a manufacturer, contractor, sales trainer and consultant will head up vertical markets and oversee Alliance Premier.

Retired employees at the event were recognized: Janet Thomasson, Chief of Staff along with Liz Patrick, Vice President of Strategic Alliances. Patrick was credited for building Roundtable Rewards, the largest contractor buying group in the service trades. Members receive millions of dollars in loyalty and growth rebates from more than 140 strategic partners each quarter.

“This is the team who will drive Service Nation forward to an even better future as part of Evercommerce, a publicly traded company,” said Michel. “The future is bright for this team and bright for Service Nation, including the Service Roundtable, Retail Contractor Coalition, Service Nation Alliance, Alliance Premier, Roundtable Rewards, the Service World Expo, and all of you. For all of support and patronage over the past 20 years, thank you.”

Michel and Heimer have no plans to retire and sit on the sidelines. Both have projects lined up.

David Heimer plans to launch a new podcast, app, and to build a small company around those efforts.  As for Michel, the future is bright.  He will continue to write for the trade press and have some speaking engagements. And, writing about his experiences is on his radar.

2008- The Retail Contractor Coalition, a branding program that has literally introduced hundreds of local, private labeled equipment brands in the industry, was launched along with the Roundtable Rewards program.

2022 – Innovation continued and Alliance Premier was launched – a training, coaching, and mentoring program with coaches coming primarily from the ranks of contractors who have built and sold their companies. “These are the people who have been there, done it,” said Michel.

Service Nation has been recognized by the Dallas 100, Fort Worth’s 50 Fastest Growing Companies, Aggie 100, and Inc. 5000, including multiple times as one of the top 75 business service companies in the nation. 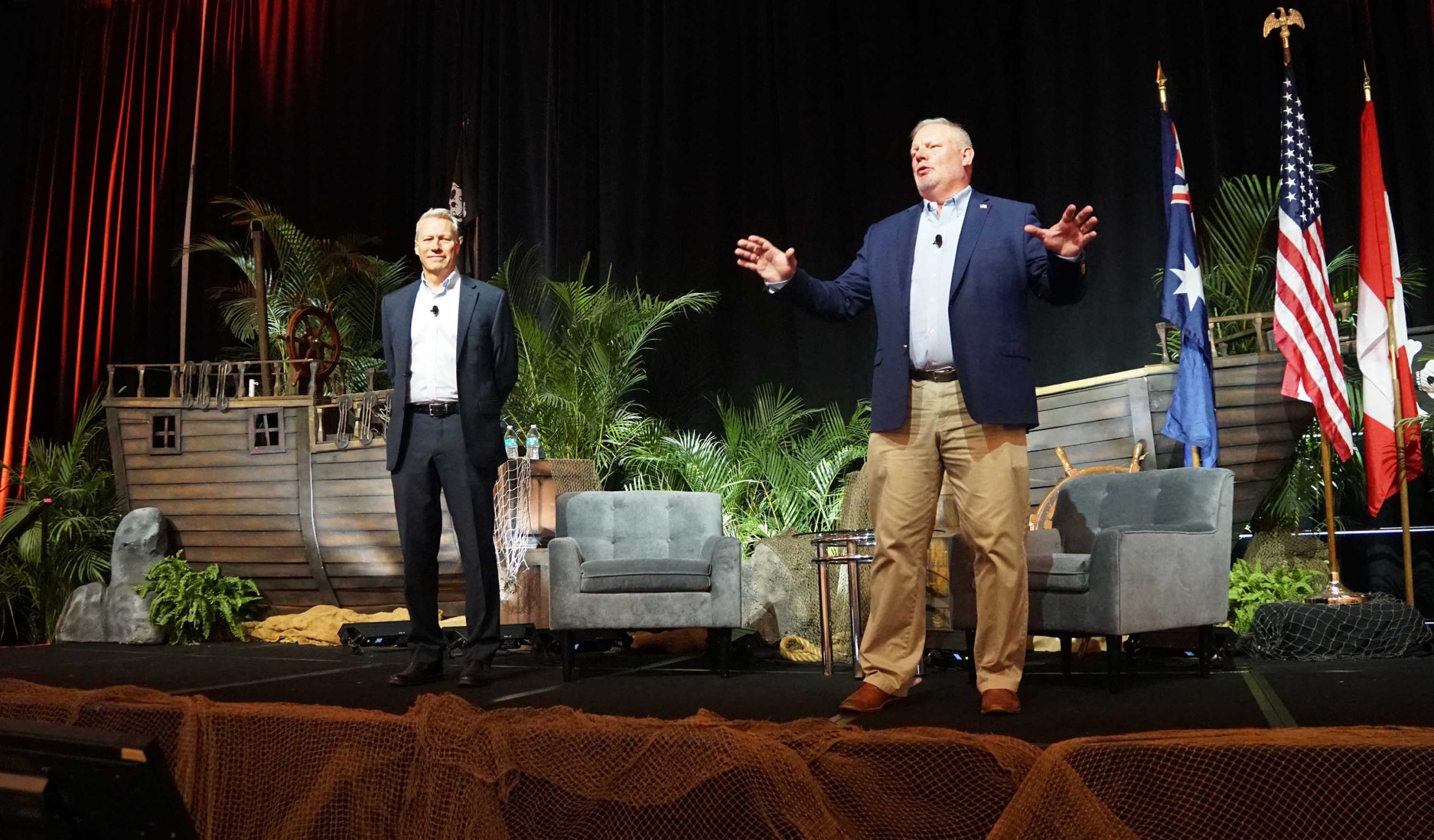 Matt Michel, CEO and David Heimer COO, co-Founders of Service Roundtable, announced at Service World Expo on October 18, 2002 that they would both be stepping down from their positions with the organization, since expanded to Service Nation, at the end of 2022.