Made in America – Charlotte Pipe and Foundry 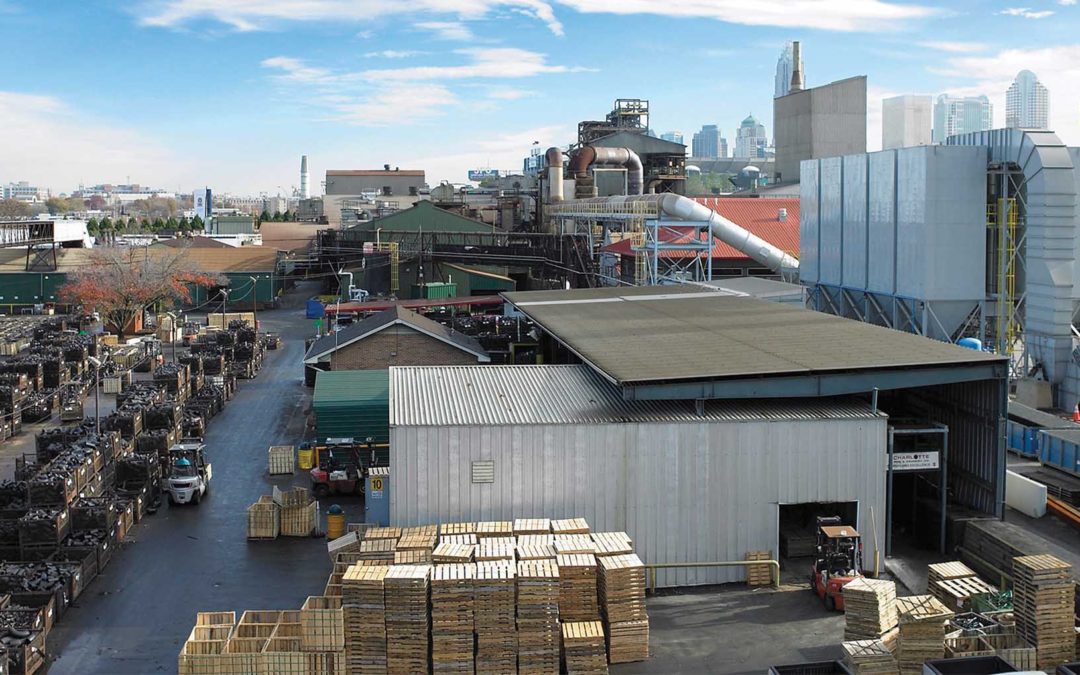 Charlotte Pipe is an American owned and operated company that has been in business for 120 years and manufacturers both cast iron and plastic pipes and fittings entirely in the U.S.A. The company is in the process of replacing the already impressive foundry with a completely new facility nearby. They also have massive manufacturing and warehousing capabilities for plastic pipes operating in six locations throughout the U.S.

When Brad Muller, vice president of marketing, Charlotte Pipe, and Foundry, a leading manufacturer of cast iron soil pipe and fittings, visits the Charlotte Foundry, the significance of the location is not lost on him. Aside from the fact that it is a traditional foundry located in the heart of a major metropolitan city, it is one of only a few companies in the plumbing industry that makes all of its products in the U.S.

“We are betting on America,” said Muller. “We are keeping American workers employed with high wages and benefits.” The company prides itself in not laying off employees during COVID, the Great Recession in 2008 and the previous nearly 50 years. “Even when housing starts plummeted, we weathered it without a layoff,” said Muller. “We did this because it was the right thing to do – it is more than good business, it created goodwill and a loyal workforce. We consider our associates our greatest assets.”

When W. Frank Dowd started the company in 1901, Charlotte Pipe employed 25 men. More than a century later the company employs 1,700. 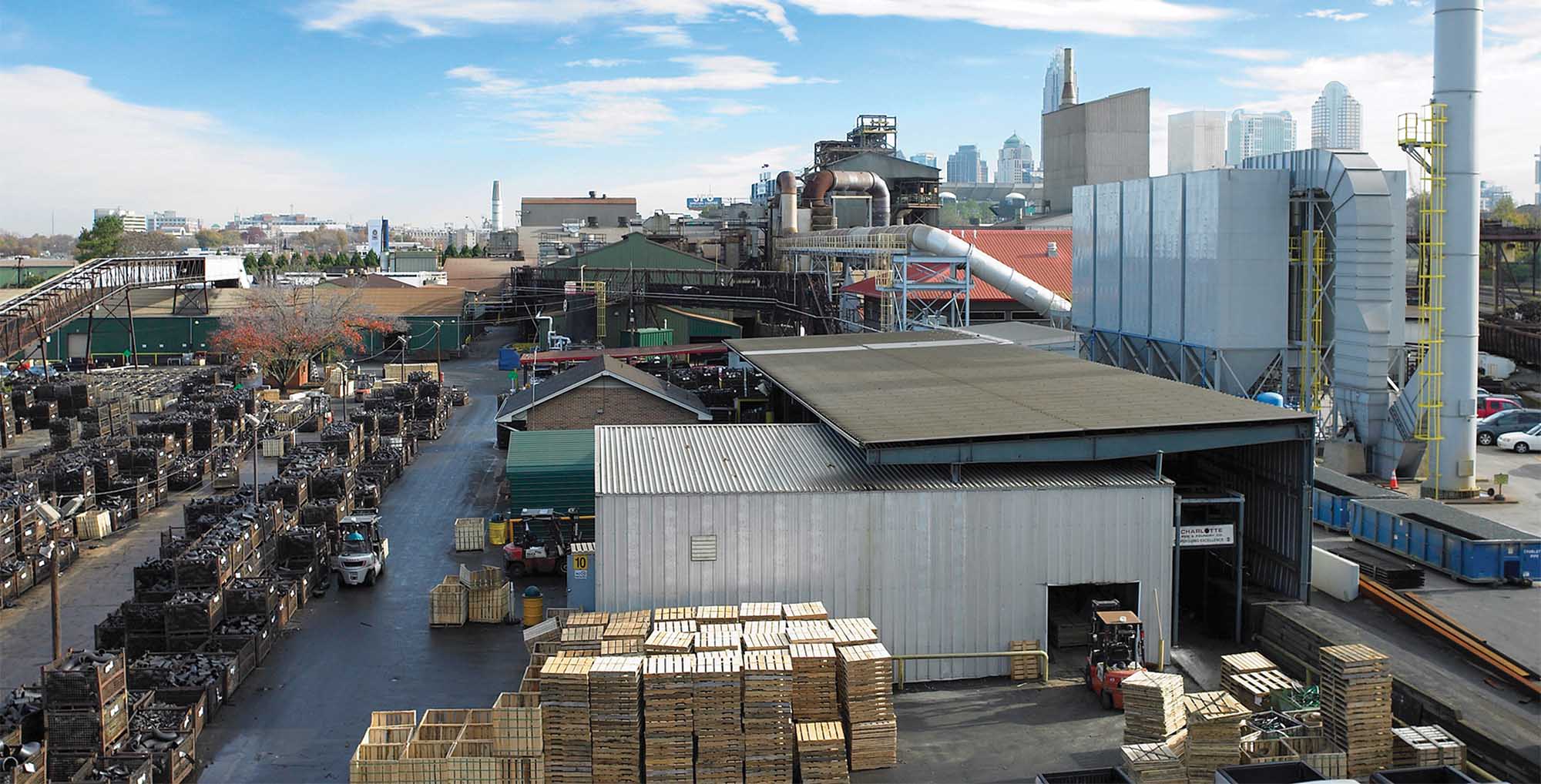 American Made Ingenuity – Plastics and Iron

In the 1950s, grandsons, Frank Dowd, Jr. and Roddey Dowd, Sr. joined the company. The third-generation Dowds supervised the overall mechanization of the foundry production processes during a time when many cast iron pipe foundries went out of business due to relentless competition in the industry.

Charlotte Pipe manufactures a full line of service and extra heavy cast iron soil pipe and fittings from 2 to 15 inches and double-hub pipe from 2 to 6 inches. All products are proudly made in the U.S. and meet or exceed all applicable ASTM and CISPI standards.

Due to its exceptional strength and combination of being non-combustible and extremely quiet, cast iron soil pipe is a popular choice for commercial construction for several reasons.

Cast iron soil pipe is primarily used in heavy construction, commercial, industrial, and is the main DWV material used in high-rise commercial buildings (in many jurisdictions, plastic cannot be used higher than 2 to 7 stories). Common applications include hospitals, schools, stadiums, prisons, and offices.

While cast iron is where Charlotte Pipe began and is still the legacy product of the company, today plastic accounts for two-thirds of the company’s business. The third generation of the Dowd family, Frank Jr., and Roddey Sr., first recognized the potential of plastics in the 1960s; today Charlotte Pipe produces a complete line of PVC, CPVC and ABS pipe and fittings in six locations throughout the U.S.

And, as it has been since its start in 1901, all Charlotte Pipe products are proudly made in the U.S. In fact, the Buy America Presidential Executive Order by the Biden administration requires just 55 percent of a product’s components to be of U.S. origin to be considered “Made in the USA,” but for Charlotte Pipe products, 100 percent of the components are of U.S. origin.

Eye on the future

Charlotte Pipe’s business model is so successful that the 120-year old company set its sights on expansion. Over time, the company has outgrown its 55-urban acre foundry space in Charlotte. The company is looking forward to their new foundry that will be on 455 rural acres in Oakboro, N.C., just 30 minutes east of Charlotte, expected to open in mid-2023.

The project is a significant investment in Stanly County with an estimated price tag of $425,000,000 for the state-of-the-art 500,000 square foot greenfield foundry. “It is a terrific site location,” said Muller. “It is a win-win for everyone – economic developers and the environment.”

The plastics plant in Monroe is also a massive facility – the company’s largest plastics pipe and fittings manufacturing operation, comprising more than one million square feet for extrusion and molding, and warehouse capacity of 625,000 square feet. “We continue to invest in people and equipment there,” said Muller. “It is efficiently run and it is a 365-day a year operation.”

Charlotte Pipe is building a new foundry in Oakboro, N.C. with plans to open in late 2023.

Charlotte Pipe believes in protecting the environment and green practices. This is not only important but also unusual in what is considered a heavy industry.

At the end of the life of a building, the cast iron piping can be recovered and recycled again to make new cast iron pipe and fittings or other metallic products. Most manufacturing process water is reused and not dumped into city water, and storm water runoff is filtered into a water treatment plant.

The move to the Oakboro facility will help to protect the environment. The new plant will use electric melt rather than a cupola, which is more efficient and allows more flexibility to melt different classes of iron. “It will take us from being Title V to ‘synthetic minor,’” said Muller, which is better for the environment.

Due to making products in the U.S., the company has ample supply of pipe and fittings in stock at all times. The company prides itself in making products that do not contain foreign iron or steel. “We are conservatively managed and have a strong balance sheet with reinvestment in our plants,” explained Muller.

Even as the company has fared better than most, Charlotte Pipe has felt the interruption like many in the industry due to the pandemic and when Texas had its deep freeze in February. “The PVC resin shortage due to the Texas incident, was worse for our industry than Hurricane Katrina from a supply chain standpoint,” said Muller. “We are making products as fast as we can and seeing the light at the end of the tunnel.”

But, the supply chain shudder heard around the world has been felt in other ways, primarily protecting business from off shore competition – namely, China.

The company is savvy in dealing with competitors, including offshore, and has litigated successfully against China. Many companies gave in to the competition, for example, many ductile iron municipal castings (man hole covers, etc.) went offshore. “A muddled U.S. manufacturing policy has taken many manufacturers offshore, but we are committed to keeping business in the U.S.,” said Muller.

At Charlotte Pipe, customers get what they pay for with the help of more stringent manufacturing standards. Case in point are the ASTM and CISPI requirements which state that “only the foundry that casts the pipes and fittings can assure the purchaser that the quality control procedures required by the product standards were complied with at the time the material was cast.”

To protect end users, language was added with specific requirements for sellers or manufacturers who choose to employ third party certifiers or inspectors. This is in response to many sellers of Chinese-made products that state they meet applicable manufacturing standards simply because they were listed with a third party certifier.

Charlotte Pipe is the largest manufacturer of cast iron and plastic pipe and fittings in the U.S. The company operates seven plant locations across the U.S., including one of the largest fittings molding facilities in the world.

Charlotte Pipe is the only company that makes  both cast iron and plastic pipe and fittings. 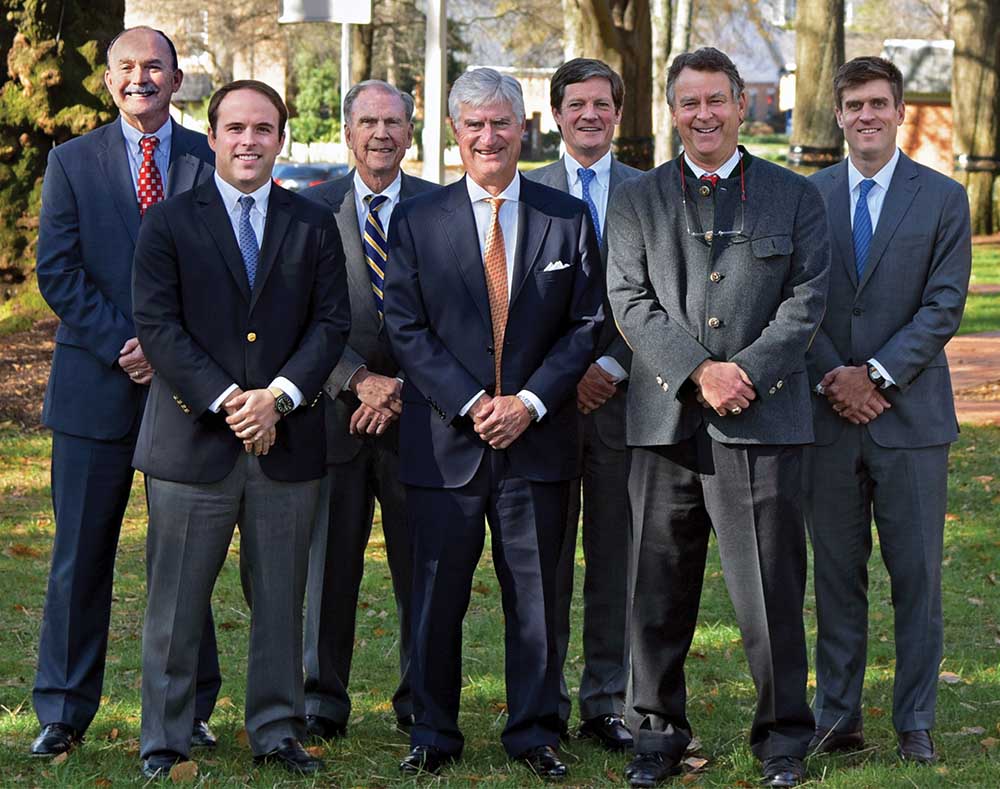 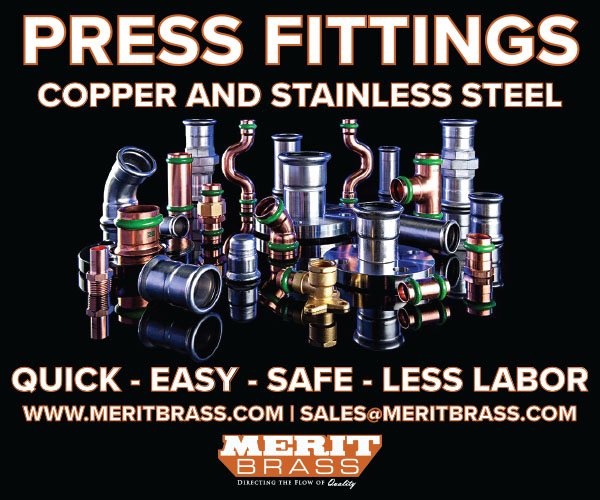