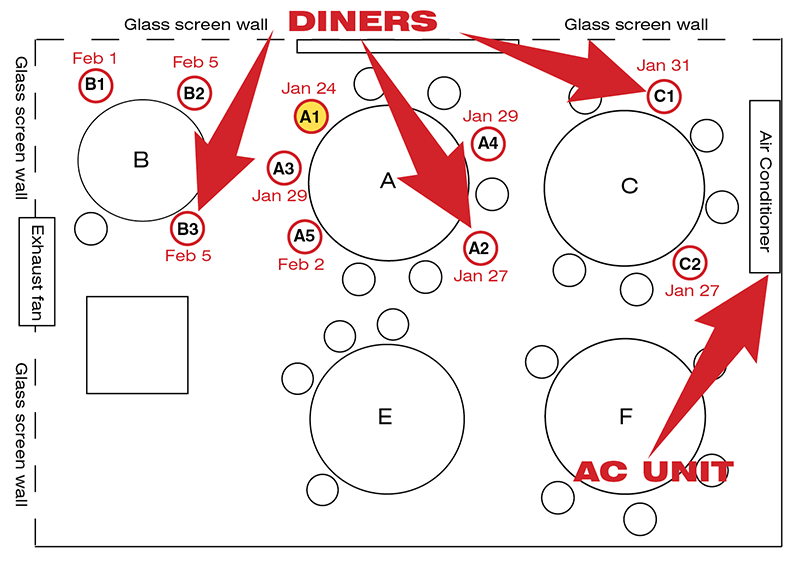 The following article was published by the CDC. It has been edited for length.

Studying how Covid-19 Spread within a Restaurant

From January 26 through February 10, 2020, an outbreak of COVD-19 affected 10 persons from 3 families (families A–C) who had eaten at the same air-conditioned restaurant in Guangzhou, China. One of the families had just traveled from Wuhan, Hubei Province, China. (Our)… detailed investigation linked these 10 cases together.

On January 23, 2020, family A traveled from Wuhan and arrived in Guangzhou. On January 24, patient A1 ate lunch with 3 other family members (A2–A4) at the restaurant. Two other families, B and C, sat at neighboring tables at the same restaurant. Later that day, patient A1 experienced onset of fever and cough and went to the hospital. By February 5, a total of 9 others (from all 3 families) had become ill with COVID-19.

The restaurant is an air-conditioned, 5-floor building without windows. The third floor dining area occupies 145 m2; each floor has its own air conditioner (See Figure). The distance between each table is about 1 m. Families A and B were each seated for an overlapping period of 53 minutes and families A and C for an overlapping period of 73 minutes. The air outlet and the return air inlet for the central air conditioner were located above table C (Figure).

Strong airflow from the air conditioner could have propagated droplets from table C to table A, then to table B, and then back to table C.

On January 24, a total of 91 persons were in the restaurant. Of these, a total of 83 had eaten lunch at 15 tables on the third floor. Among the 83 customers, 10 became ill with COVID-19; the other 73 were identified as close contacts and quarantined for 14 days. During that period, no symptoms developed, and throat swab samples from the contacts and 6 smear samples from the air conditioner (3 from the air outlet and 3 from the air inlet) were negative for severe acute respiratory syndrome coronavirus 2 by reverse transcription PCR.

(It was)… concluded that the most likely cause of this outbreak was droplet transmission. Although the most likely scenario is that all 3 family B members were directly infected by patient A1.

Virus transmission in this outbreak cannot be explained by droplet transmission alone. Larger respiratory droplets (>5 µm) remain in the air for only a short time and travel only short distances, generally <1 m. The distances between patient A1 and persons at other tables, especially those at table C, were all >1 m.

Virus-laden small (<5 µm) aerosolized droplets can remain in the air and travel long distances, >1 m. However, none of the staff or other diners in the restaurant were infected. Moreover, the smear samples from the air conditioner were all nucleotide negative. This finding is less consistent with aerosol transmission. However, aerosols would tend to follow the airflow, and the lower concentrations of aerosols at greater distances might have been insufficient to cause infection in other parts of the restaurant.

We conclude that in this outbreak, droplet transmission was prompted by air-conditioned ventilation. The key
factor for infection was the direction of the airflow.

Other Articles in this Series

This article appeared as part of the feature story in the August / September 2020 print issue of Southern PHC. Featured alongside were COVID-19 & The HVAC Industry and Understanding HEPA Air Filters and Covid-19. 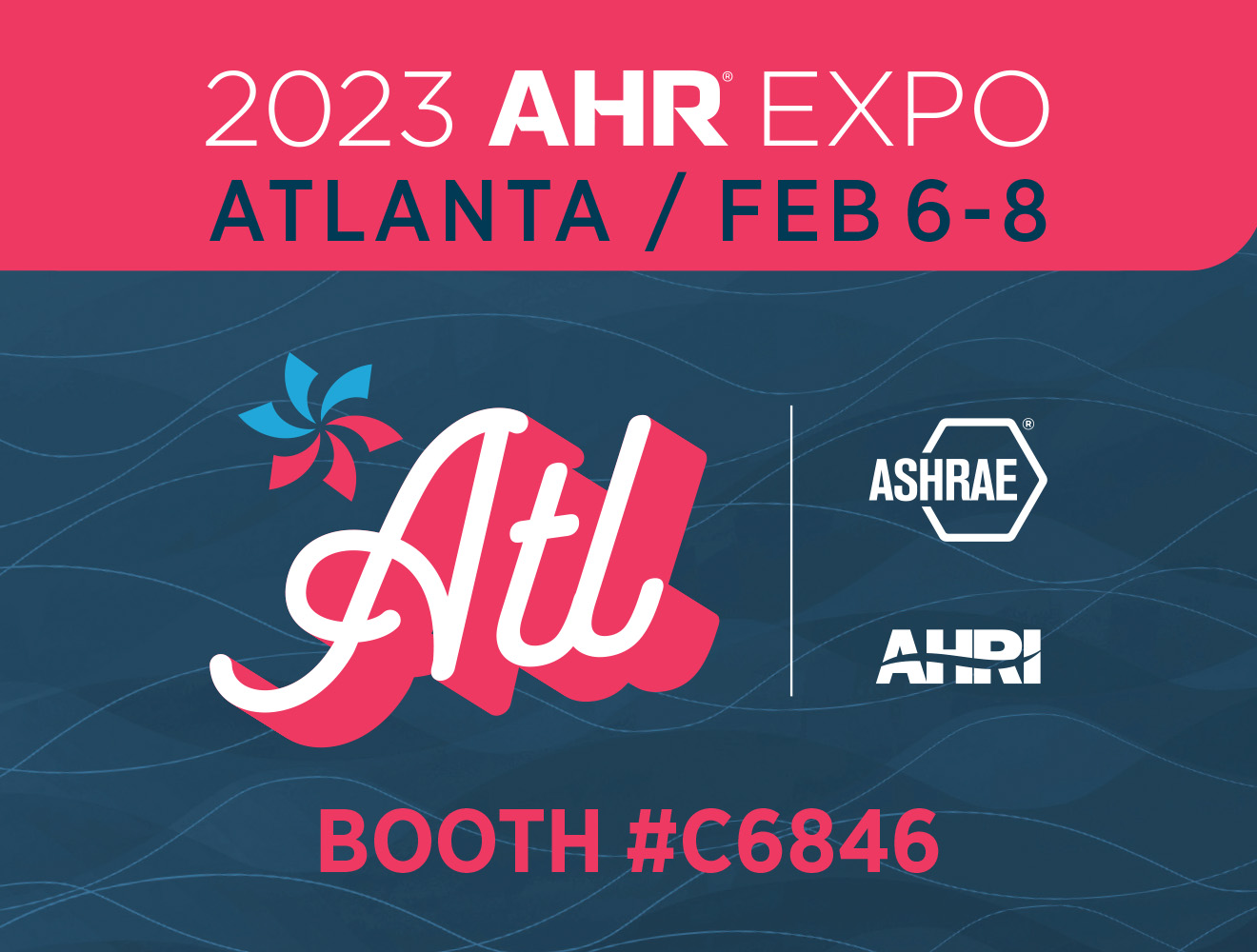